“Do not worry about your difficulties in Mathematics, I can assure you mine are still greater” – Albert Einstein

Disclaimer: This post contains math, but relax I’ve done all the work for you.

However it may still slightly rattle your brain.

Mathematics is “Sequential”, meaning its completion is only by following a logical order or sequence.

This means that the completion of sums is based on important habitual steps you have learned over time through childhood, schooling and study.

These may differ dependent on the individual.

When doing nine times tables for example one individual may times by 10 and subtract 1.

If you’re more like me however, you would probably cheat and just use your fingers. (You may know what I’m talking about)

One reason why many suffer difficulties with mathematics following a brain injury can be due to a disruption or total removal of that logical order in which we would normally complete a sum.

I can very much relate to this.

For example, following my brain injury I did a variety of occupational testing, especially in mathematics the first few weeks to determine the extent of my cognitive injuries.

Keeping in mind that the early stages of a brain injury may not be a true reflection of your capacity, knowing full well swelling will decrease with time, scar tissue will form and some concerns may not be immediately apparent.

One of my Occupational tests the second week of awakening involved going to the Hospital Deli and purchasing 5$ worth of Lollies.

This went well until I was tasked with buying 5 jelly snakes, when they only came in multiples of 3.

My brain could honestly not comprehend how I would purchase 5, believing that I could only achieve 3 or 6.

This resulted in a large degree of frustration on my behalf, as I could not determine a resolution.

Coming from only a month prior, having been trading over $10,000 aud on the stock market to now being unable to fuel my miniature jelly pizza cravings was daunting.

Obviously now only months later realizing that the normal course of action for most individuals would be to just buy the six, and eat one.

I did however try to convince my OT that a better course of action would be to buy a $5 scratchie and potentially end up with enough lollies to last us the week.

When that didn’t work I did suggest that we could probably throw in an extra $2 and split a coffee instead.

Safe to say I was failing this test.

And you just made fun of his favorite football team., Dammit.    Anyway…

My ability for basic mathematics slowly returned overtime, through ongoing rehabilitation. Although I believe that a lot of my initial ailments were resulting from a form of bruising on the brain called “contusions“.

This type of damage is not usually permanent and functions can improve or return as the brain returns to normal so it can be difficult to adequately predict the extent of long term injuries in early stages of treatment.

Secondary to this, the brain can adjust and reassign other areas to perform similar or replicated functions, to counteract for the damaged areas.

So with all this being said I can come up with no other better conclusion then a simple one.

Leave the Pythagoras theorem to the pros.

I’m not sure exactly what that is but I think it involves triangles or something. (probably sharing a close relationship with the Illuminati)

Also if that doesn’t work, you can always guilt trip a family member into buying them for you… 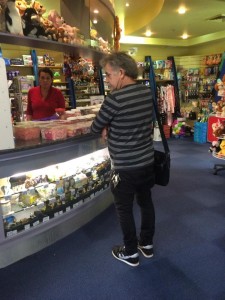 The Importance of Keeping a Journal

I Had a Boner in a Coma